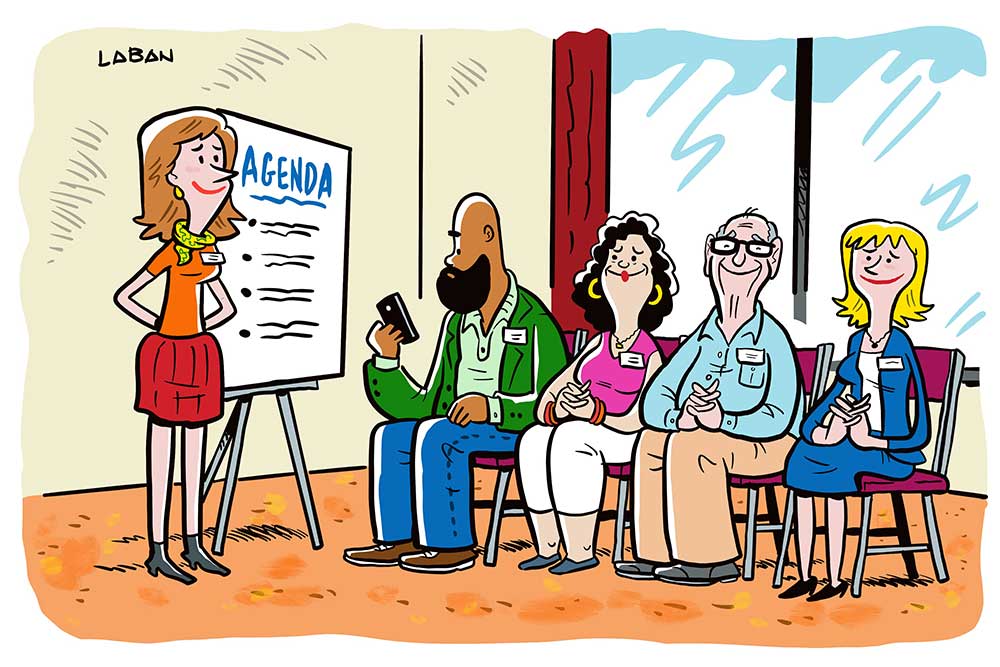 An executive retreat to rethink company culture is a challenge for everyone involved.

Think about it: you ask a bunch of people who are used to controlling their respective domains to spend a day or more, often on a weekend, sequestered in a hotel conference room.

There, a tirelessly cheerful facilitator tries to get them to do some hard thinking about how they interact with their subordinates, management, and each other through group exercises that push the boundaries of their comfort zones.

Finally, after hours spent confronting issues they’d almost certainly rather not deal with, the participants make a list of change commitments. Of course, everyone will at least try to look enthusiastic—after all, their job’s at stake. But when they finally head home they’ll no doubt be wondering if all that hard work will even be remembered once everyone’s spent a week or two back at work.

Certainly anything that can increase the chances of success is well worth the investment. That’s why growing numbers of organizers and facilitators regard graphic recording as an essential part of the program.

Graphic recording can help. A lot.

Change is hard, and there’s no guarantee any attempt to create it will work. But while graphic recording isn’t a magic bullet it can absolutely make a desirable outcome more likely. Here’s why:

I know graphic recording is effective because whenever I work at them, people come up to tell me me how grateful they are I’m there and thank me for what I’ve contributed to the process. They tell me my imagery gives them perspectives they otherwise wouldn’t have, that I’ve captured something in a way that really highlighted its importance, or that my presence changed the atmosphere in the room in a positive way. Frequently a particular illustration becomes a sort of meme that’s referred to repeatedly during the day, strengthening the group and “branding” the experience.

There are few settings that can benefit more from graphic recording than executive retreats, along with similar events like sales meetings and strategy sessions. Facilitators and Powerpoint presentations are fine, but they only get you so far. If you want to make sure your culture rethink has the best chance of doing what you want it to do, you need a graphic recorder.

Make Your Next Executive Retreat a Success